Here is the first Fly a Week entry!

Well, I have completed the first week's Fly. Hope you like it! It could be better, but I am hoping my skills will improve as the year progresses.

I have chosen for the first fly, the Lime Trude. I chose this because I like the pattern and the way the fly looks. It has been a favorite pattern for a long time. It is also one that is not seen too often.

Hope you enjoy it. 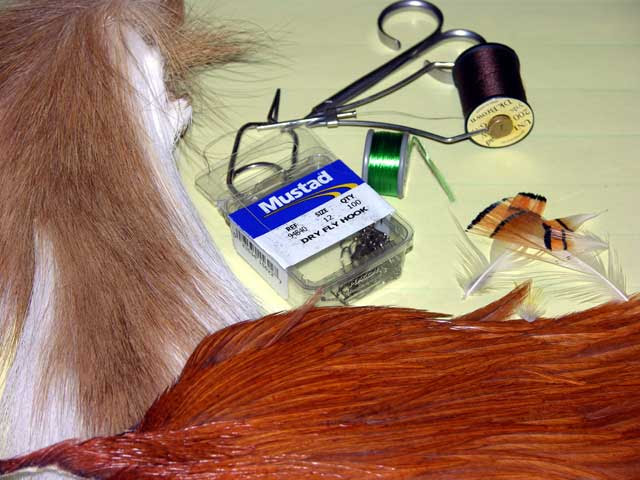 The first step is to gather the materials required for the Lime Trude Fly, which are Pictured above and as follows: 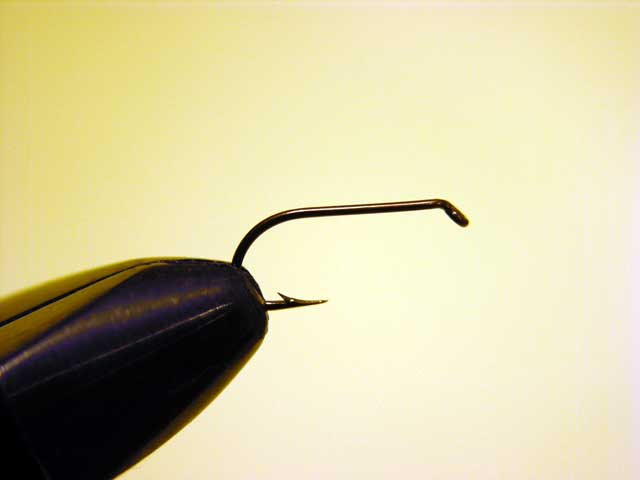 After Gathering your materials you will need to mount the hook to be used in the vise. 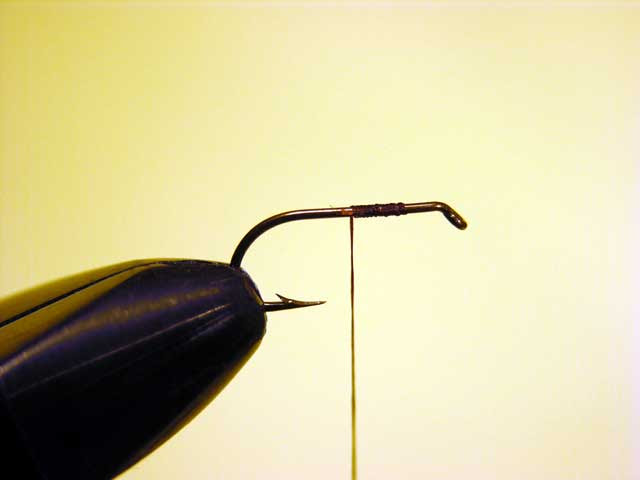 Start your thread on the hook at the point where you want to end the body. 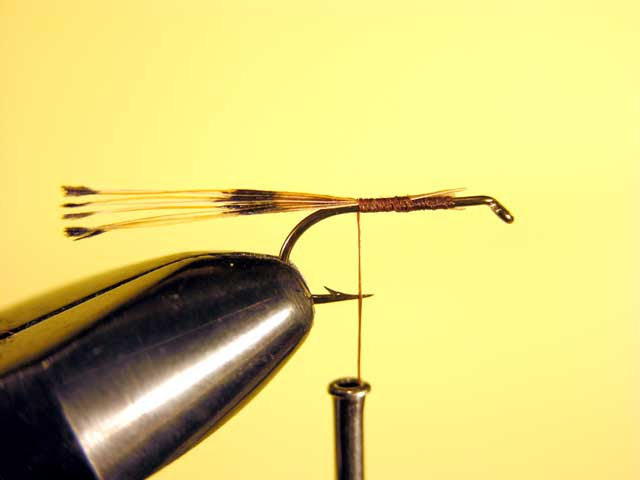 Select a few fibers from the Golden Pheasant feather and tie them in leaving the tail about as long as the hook shank. 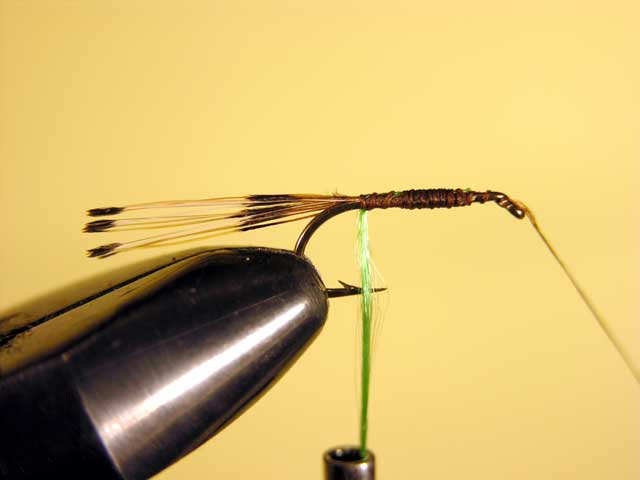 Tie in the body material where the hook just begins to start into the bend. 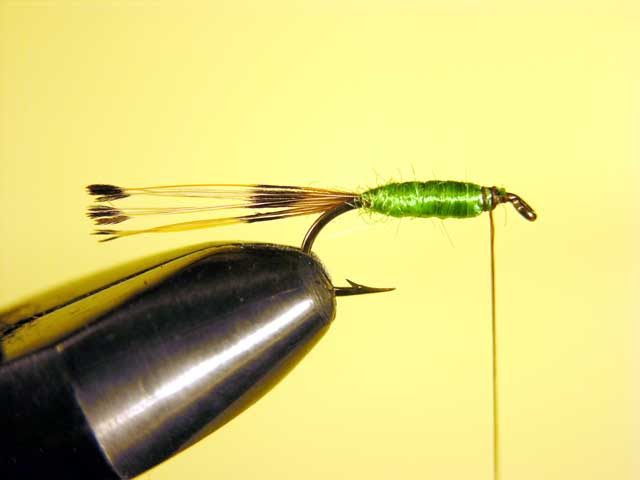 Wrap a tapered body by wrapping it on thicker as you progress forward to where the body will end. Be careful to leave room for the wing, hackle and head. (I crowded the eye quite a bit on this particular fly. Mainly because the floss broke off twice while I was wrapping the body and I had to get it restarted.) 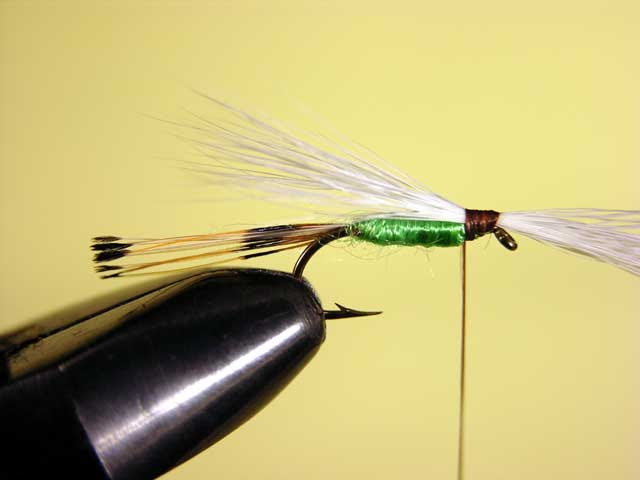 Cut a small bundle of straight bucktail fibers and stack them to even the tips. Then tie them in where you tied off the body material. I like the wing to extend a little beyond the hook bend. 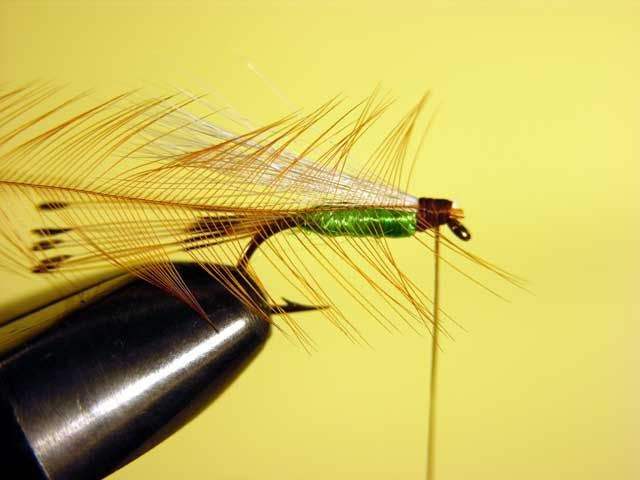 Select a hackle feather where the barbs are a bit longer than the hook gap and tie it in with the shiny side facing the back of the hook. (In the above image the shiny side is facing away from you.) 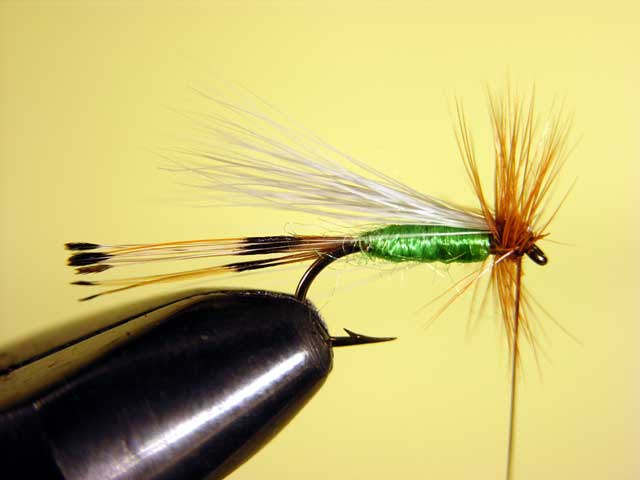 Wrap the hackle forward a few turns and tie it off. Clip off the extra length of feather. 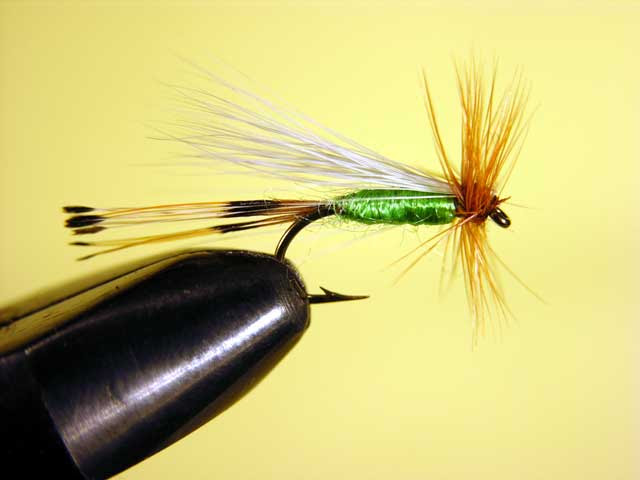 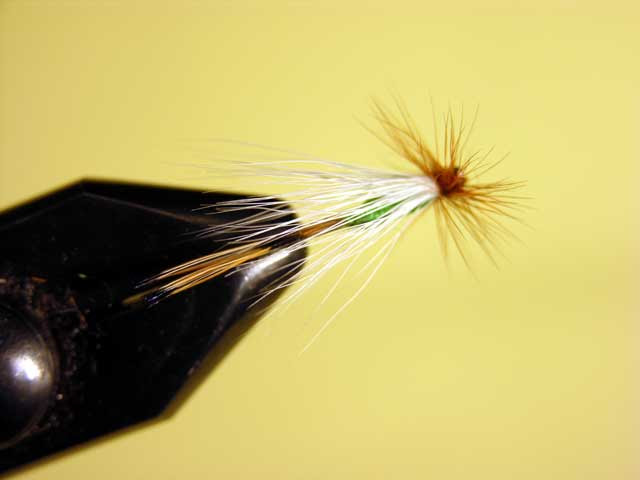 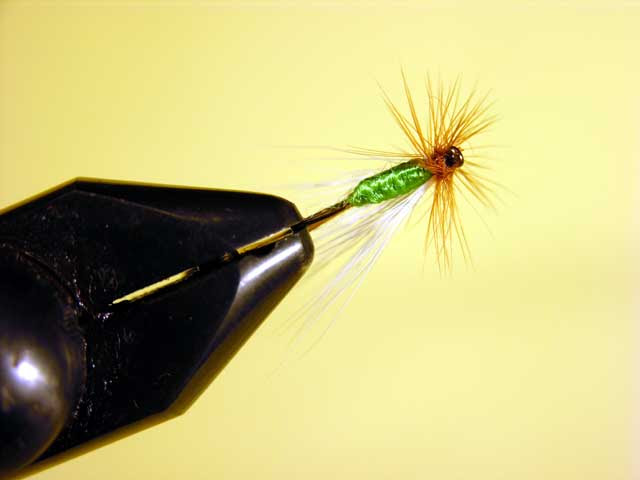 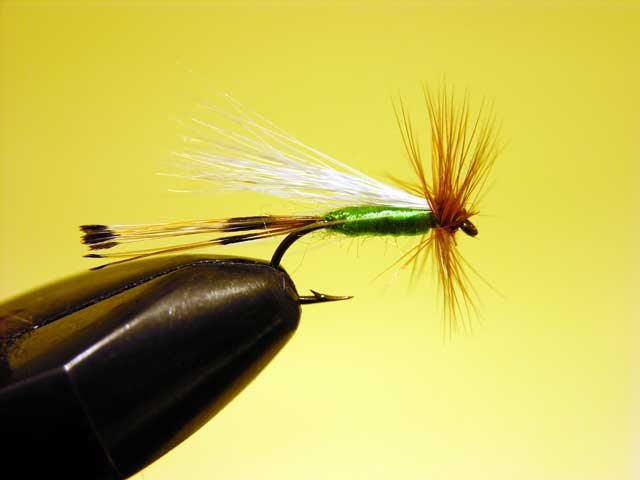 Posted by Lime Trude at 3:03 PM No comments:

Well, I found the fly pattern book that I was looking for. Along the way I also found a large pile of fly information that I have printed out over the years. Many of the ones that I found were step-by-step instructions, so I will not be tying most of those this year. Why should I copy someone else's instructions when there are many patterns that I like that do not have step-by-step instructions available. Thus, I am going to mostly stick to patterns that I like that are not readily available in this same format.

There will be a few favorites, however, that are available on other sites, mainly because I really like them and use them.

Anyway, look back at the 'Flies' post to see the list as it now stands and as it grows over time.

Lime Trude
Posted by Lime Trude at 9:42 PM No comments: