Some time ago I took part in a discussion about how to compete with bass fishermen who were using worms. This lead to many points of view and opinions. One of the fly patterns that came up and was discussed was a furled worm fly. I like the looks of this fly and have wanted to give it a try for a while, so this week I have tied some Worm Flies. For the demo I am using chenille to create the worm fly, but I also tied a few using other materials to demonstrate different looks and to see what the bass like. I hope they work for the bass when it gets warm enough to try. 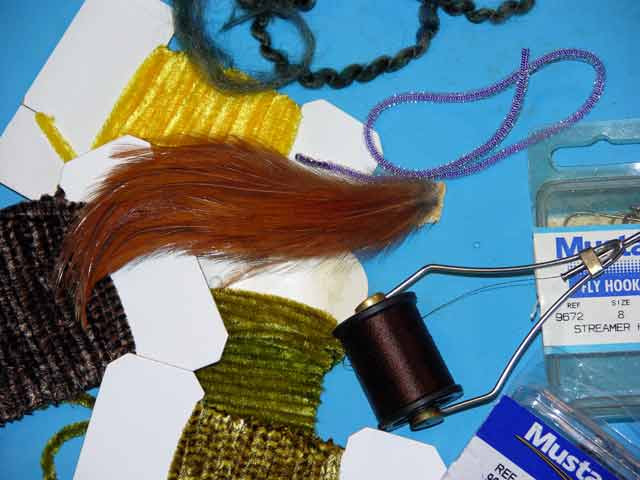 The first step is to gather the materials required for the worm fly, which are pictured above and as follows: 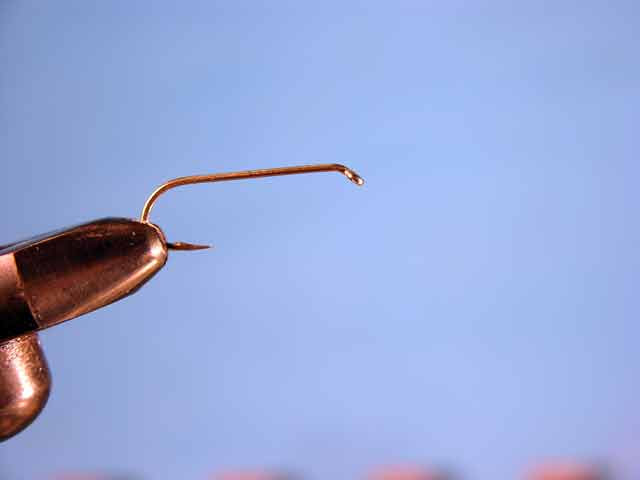 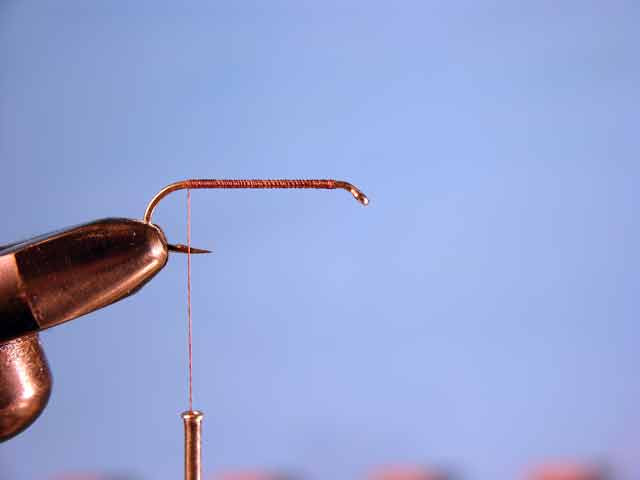 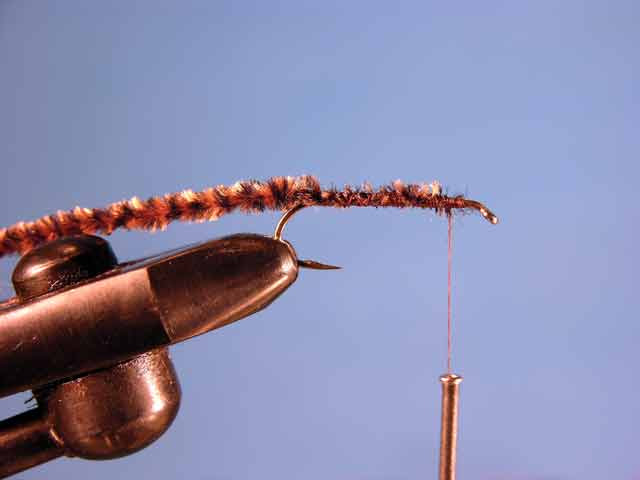 First tie the chenille down to the hook shank. I tied it along the entire hook so the body is the same width. 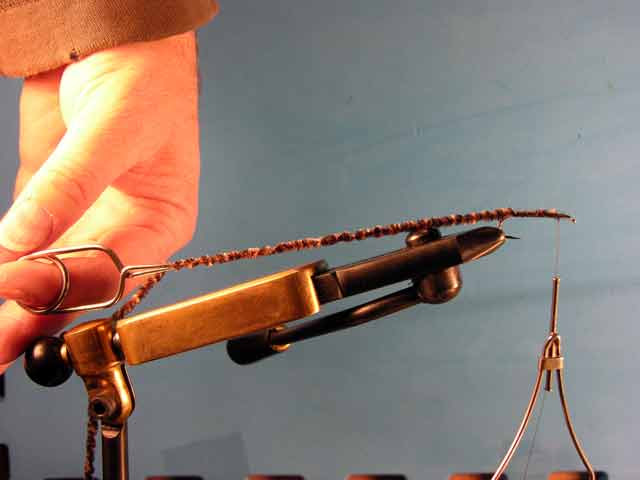 Next I attach a hackle plier to the chenille at a distance twice as far from the tie in point as you want the finished tail to be. This way, once it is furled it will be the length you desire. 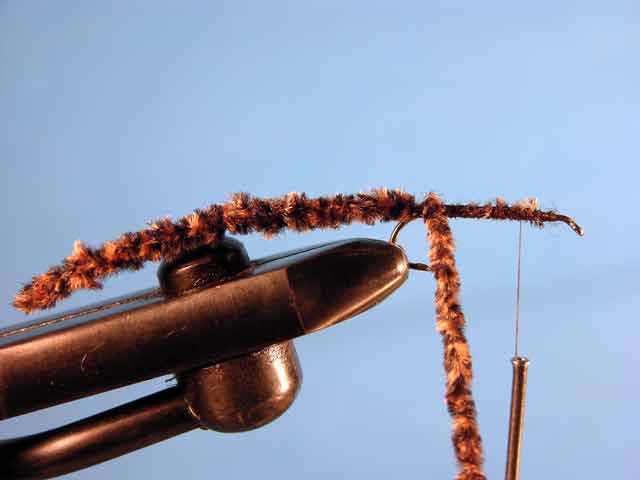 Twist the chenille until it starts to try to twist back on itself. Then fold the twisted chenille in half and tie it down to the hook just at the bend. Allow the twisted part to furl together into one rope to form a tail. 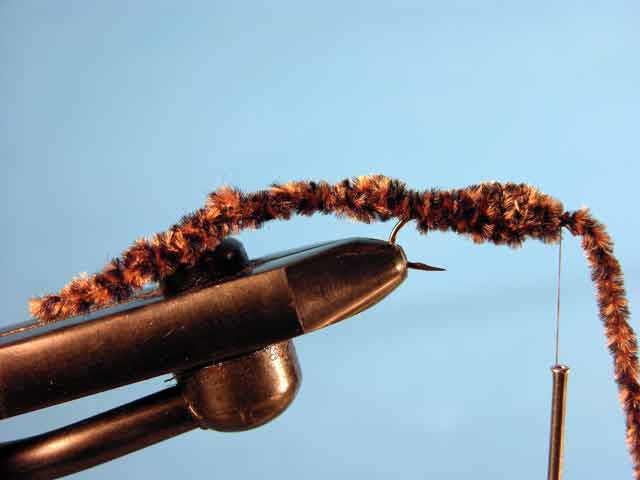 Next form a body by wrapping the chenille forward. I wrapped over a part of the hook twice to make a part of it thicker. 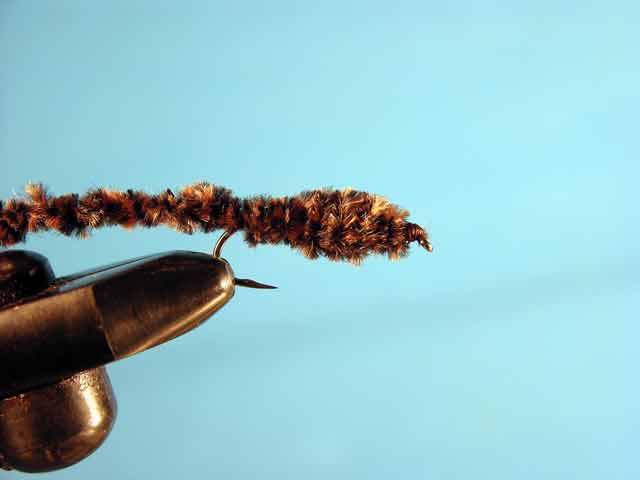 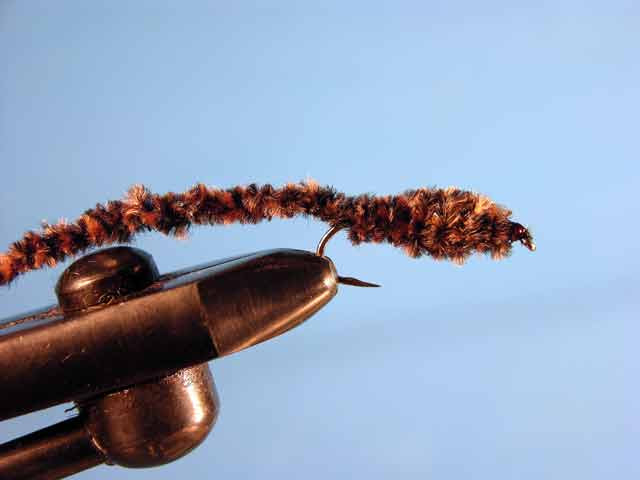 Cement the head and call it done. 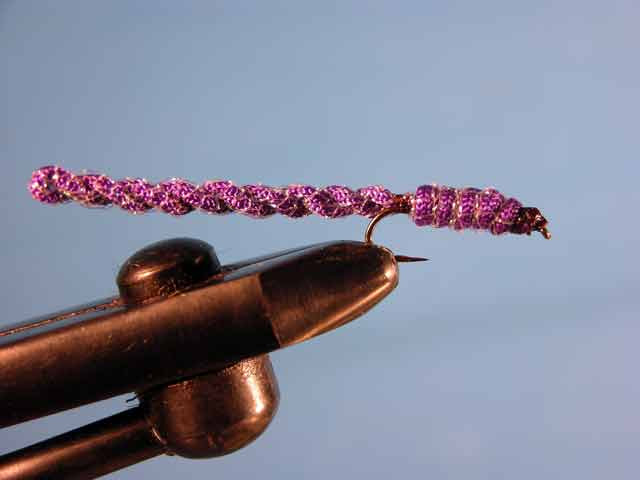 This one I tied using a purple shoelace type material that had some sparkle type netting around it. 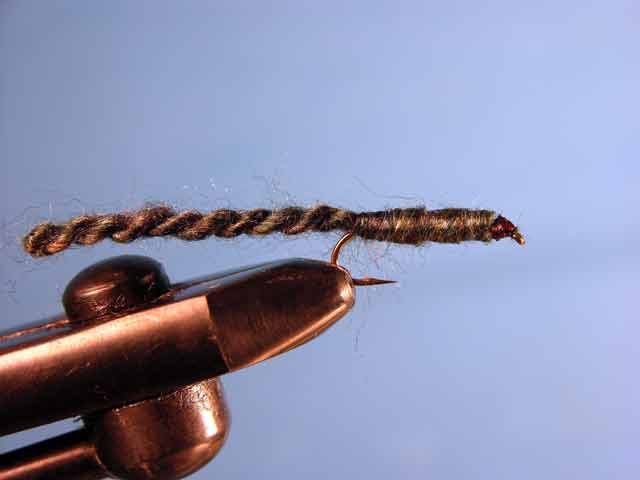 This one uses some thread with mixed green and brown and yellow fibers. I thought it was a little smooth looking so I wanted to rough it up a bit. 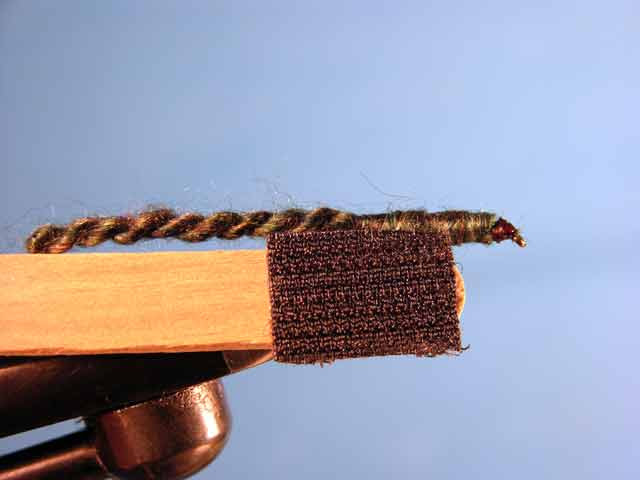 I used some of the hook side of some velcro attached to a stick like this. 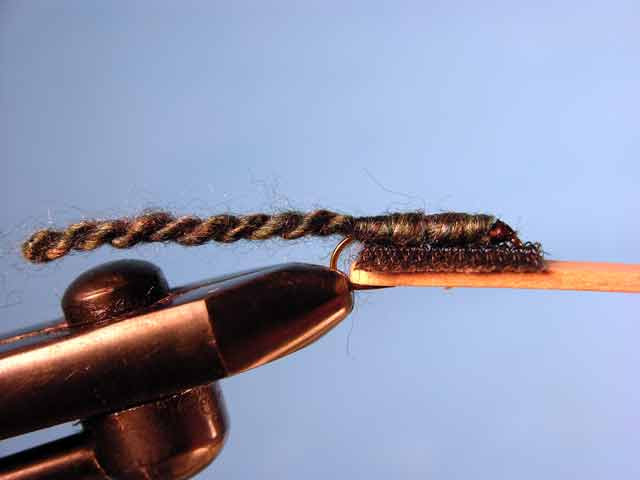 With it I scuffed the body of the worm like this. 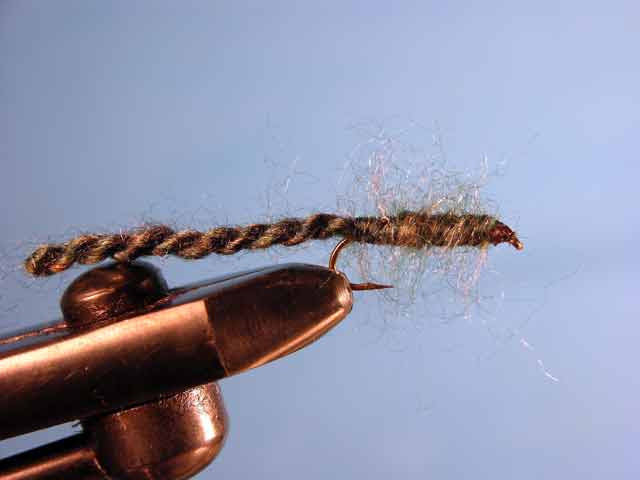 And it looked like this after I was finished with the velcro. 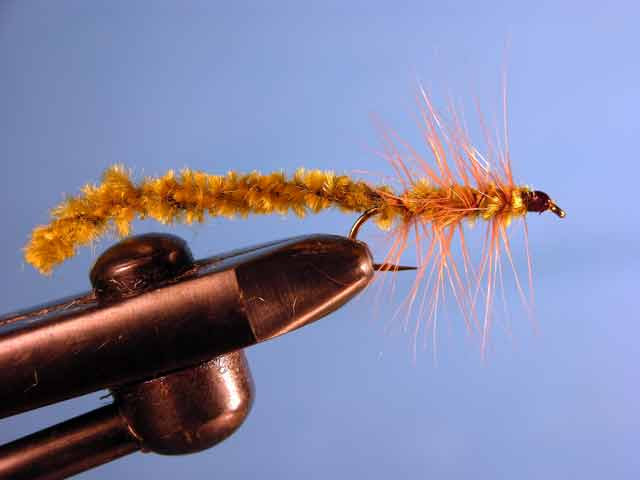 I tied one using some olive chenille and put some thin hackle around the body of it. 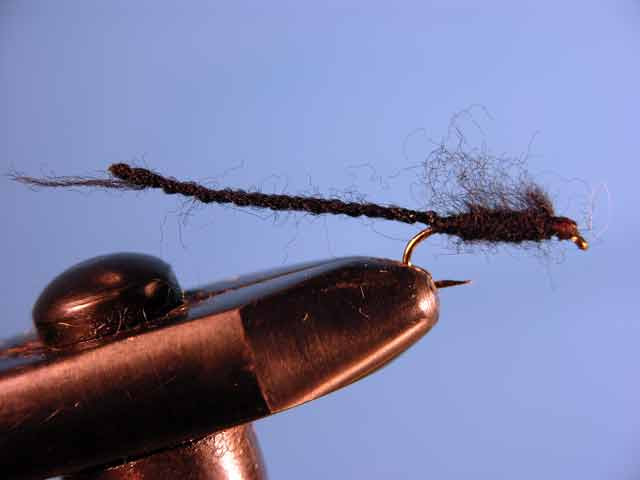 I also used a peice of wool thread to make a much smaller one just in case that is what is desired. 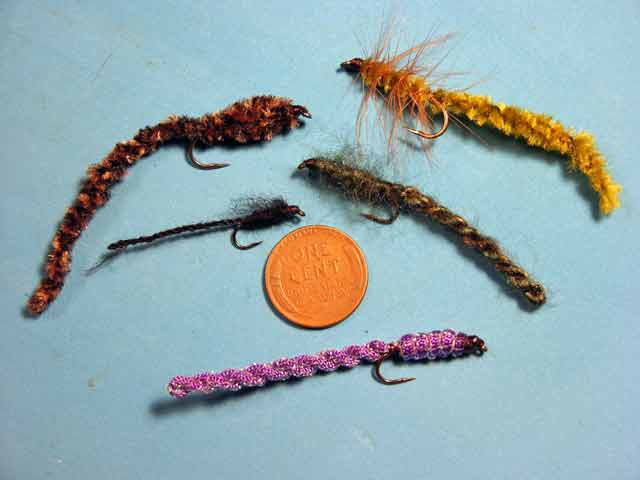