Here is the Diawl Bach Fly. I was referred to an article about it over on the Global Fly Fisher site located here and it was said to be a good still water pattern. Since I mostly get to fish lakes and ponds these days I wanted to tie some up and give them a try so I figured I would do that at this point. 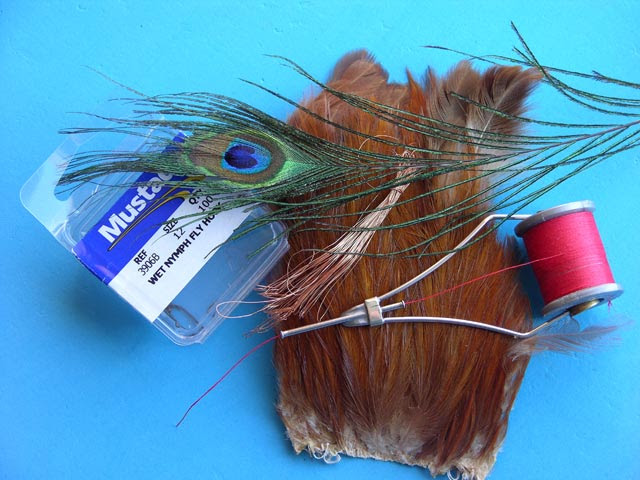 The first step is to gather the materials required for the Diawl Bach Fly, which are pictured above and as follows: 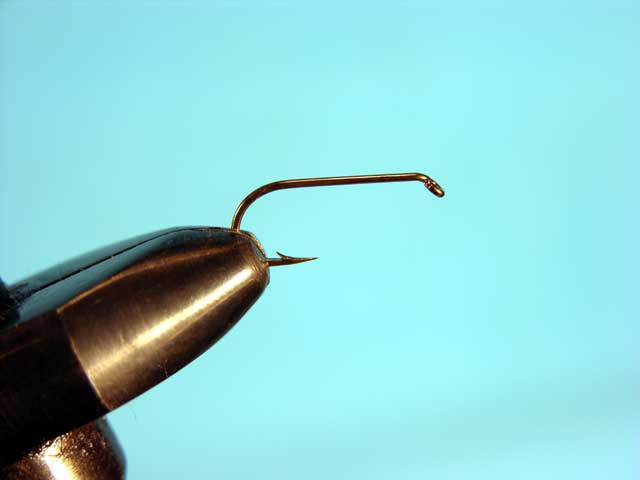 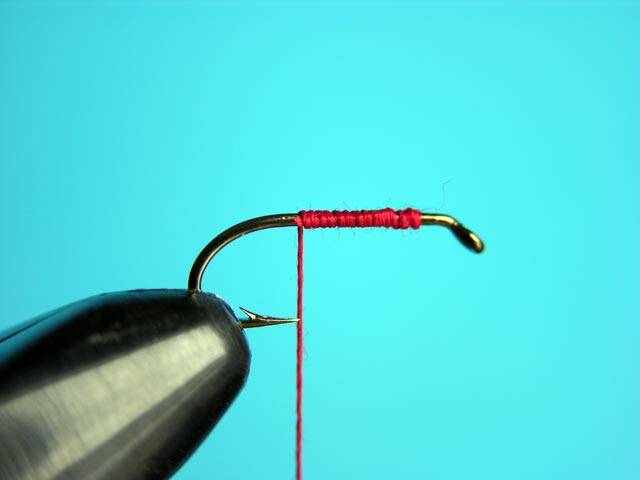 After Gathering your materials you will need to mount the hook to be used in the vise and get the tying thread started on the hook. The thread I am using is a sewing thread, so it is fairly thick for this application. 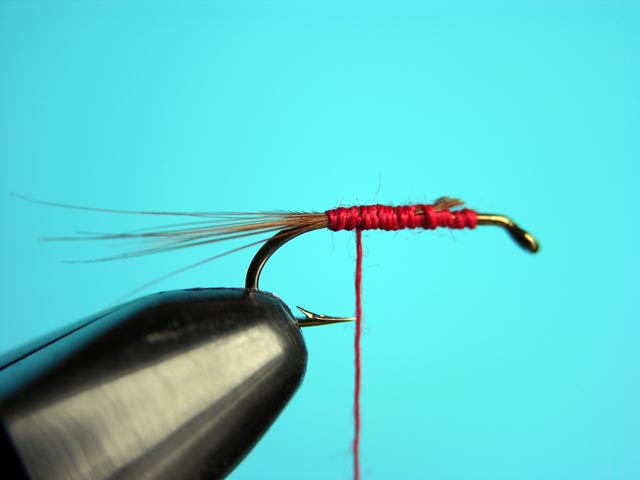 Wrap the thread to the bend of the hook and tie in a pinch of hackle fibers for the tail. Also tie in the copper wire for the ribbing at this point. 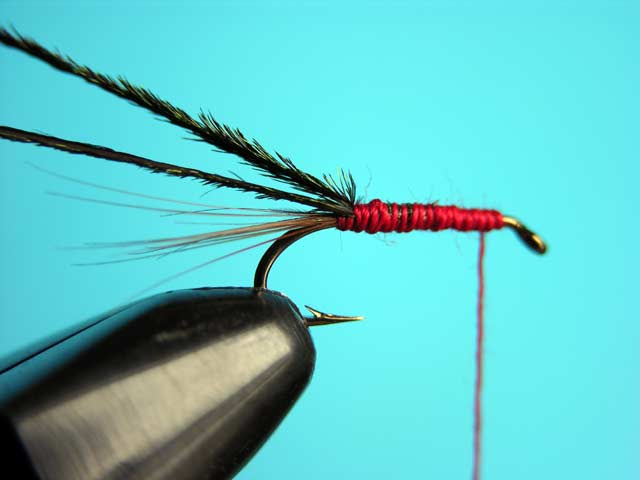 Also tie in a couple of pieces of peacock herl. For the fly to sink quickly the body should be quite thin. 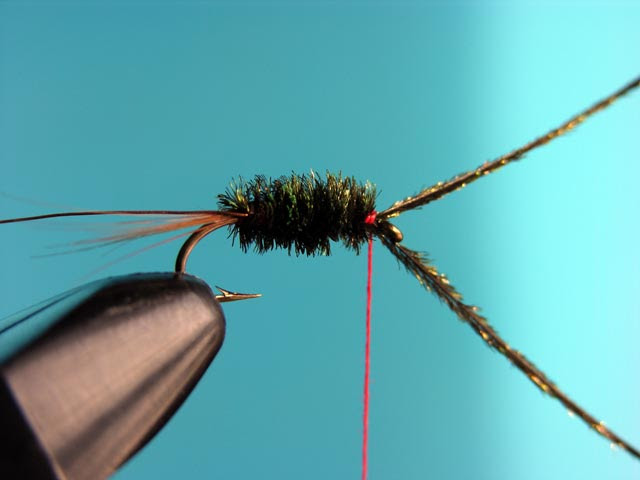 Wrap the herl body forward leaving just enough room ofr the head of the fly. Tie off the herl and clip the extra tips. 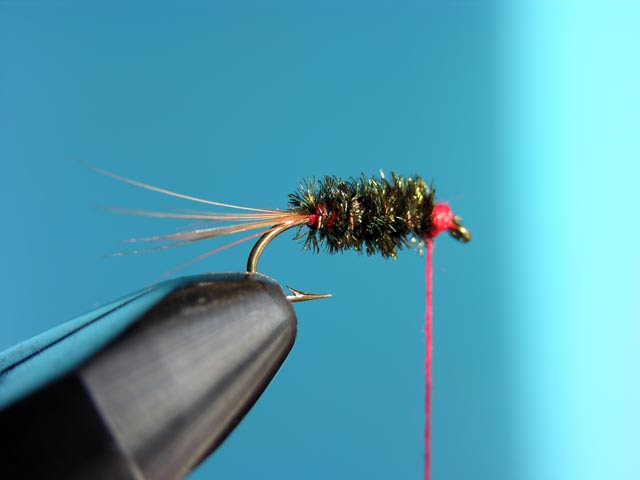 Counter wrap the copper wire ribbing material forward and tie it off also. 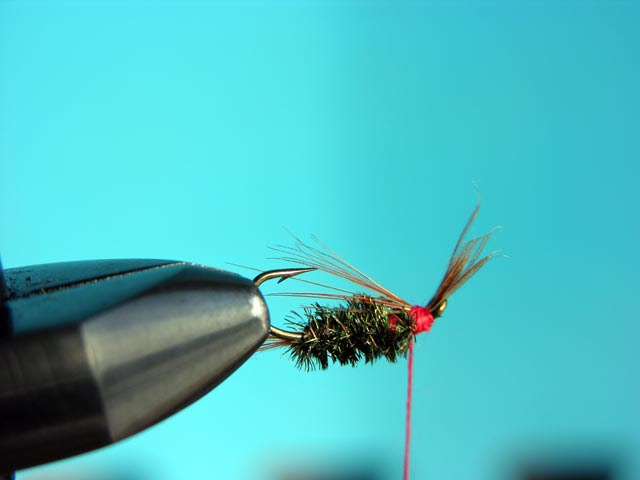 Turn the fly over and tie in a small pinch of hackle fibers as a beard or false hackle. 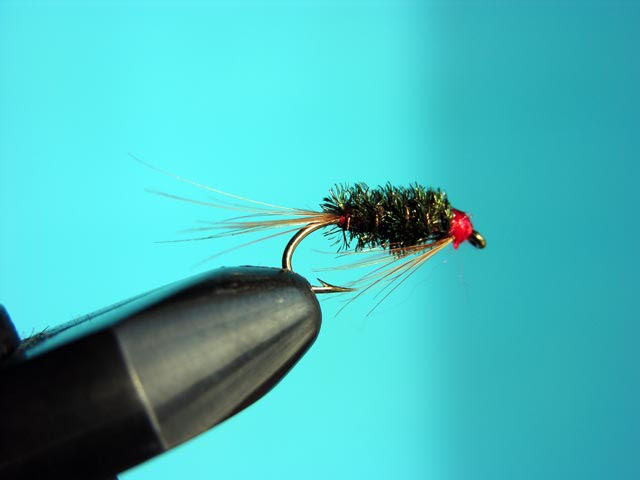 Turn the fly back over, whip finish a head, clip off the thread, and apply your head cement.

That is it for this fly. It really was a pretty simple fly to tie. Of course, I just could not leave well enough alone, so I started playing around and made a few adjustments to try once the ice is gone from my part of the country. Let me know what you think of these too. 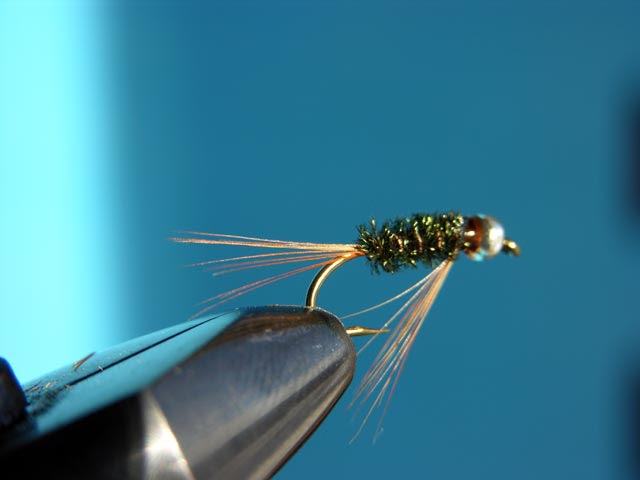 I switched back to a brown thread and added a silver seed bead to the front of this one. 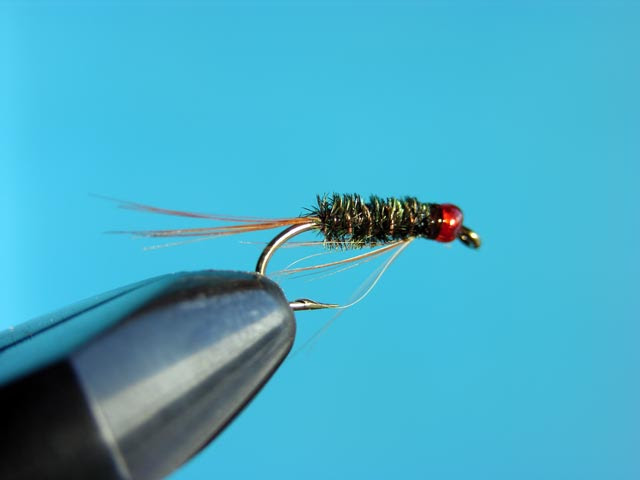 Instead of using the red thread I tied a couple with red seed beads to get the same red head effect. 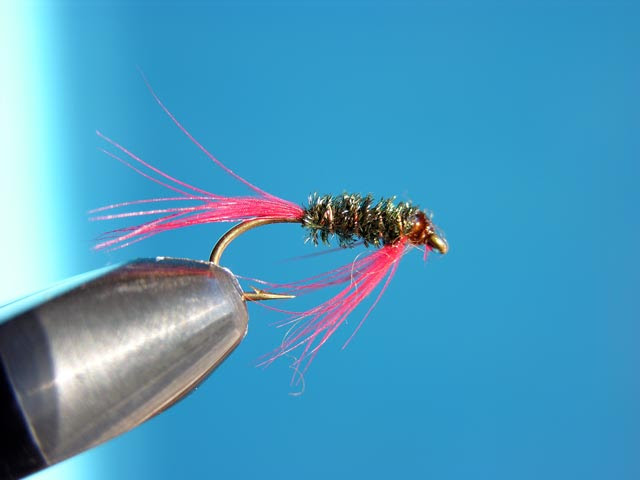 I also tried one with red hackle tips instead of the brown that was called for.

Well, now I hope the temperature rises a bit so I can give these a try and see if the fish here like them as well as the ones in England do.