Last week I was able to attend a 'tie in' with some of the other people in the area. It was quite interesting to see some other people tie. We were able to get Ward Bean from www.warmwaterflytyer.com to come and show us some of his flies. One of the flies that he tied was the Beaner's Baitfish, and it looks like a great pattern. Since it is his pattern, I will not tie it, but it is somewhat similar to the Seaducer. I have liked the Seaducer, so I chose it for this week. Hope you like it. The Bass seem to. 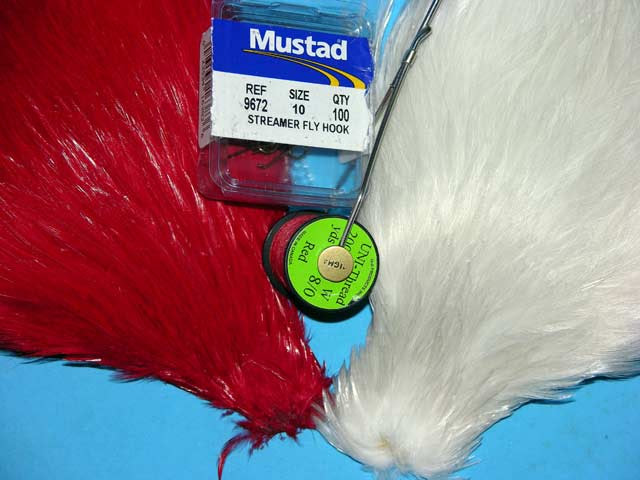 The first step is to gather the materials required for the Seaducer, which are pictured above and as follows: 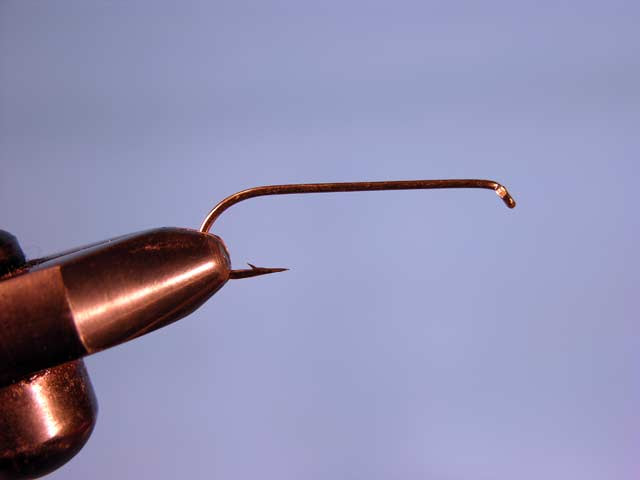 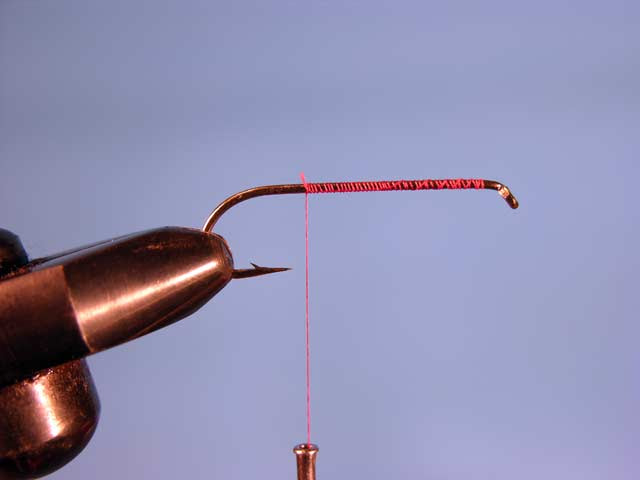 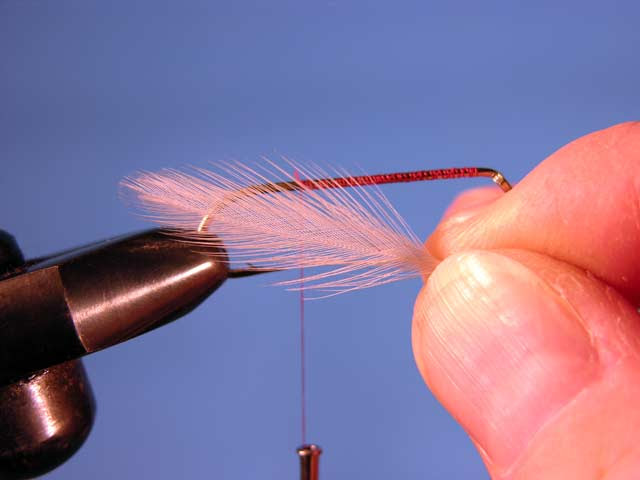 Align the tips of three or four hen feathers and get them ready to tie in. I am using three per side 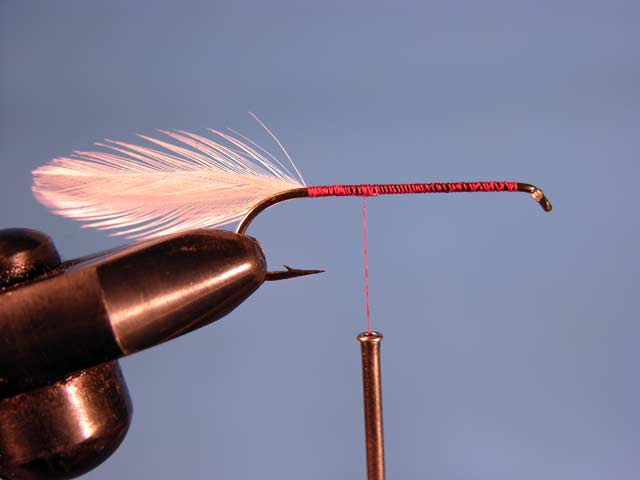 Tie in the first set of three or four on the far side of the hook. Tie them in so that the curve of the feathers is facing away from the hook. 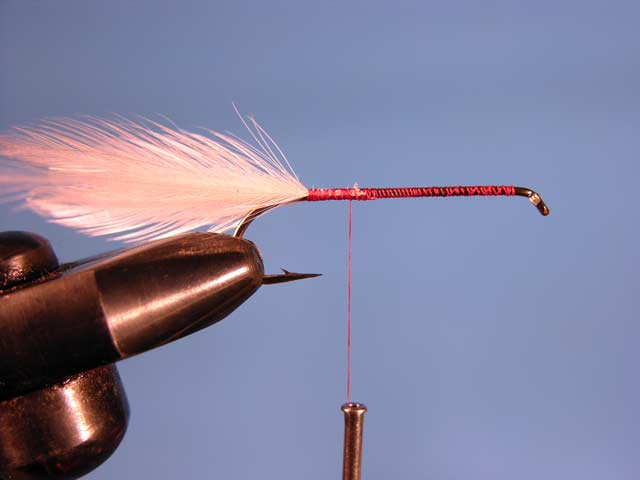 Then tie in three or four more prepared feathers on the near side. Once more with the curve away from the hook. 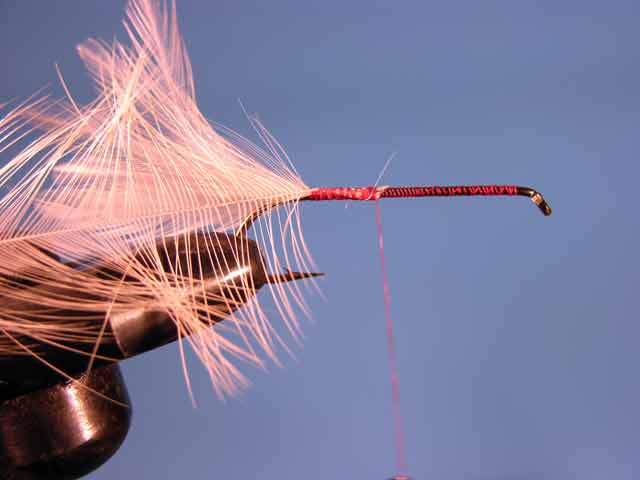 Next take another hen feather in white and tie it in by the tip. I elected to use long feathers, but you can either use a few of them or many shorter feathers. The important part is that they have soft barbels and they are pretty much the same length along the whole feather. 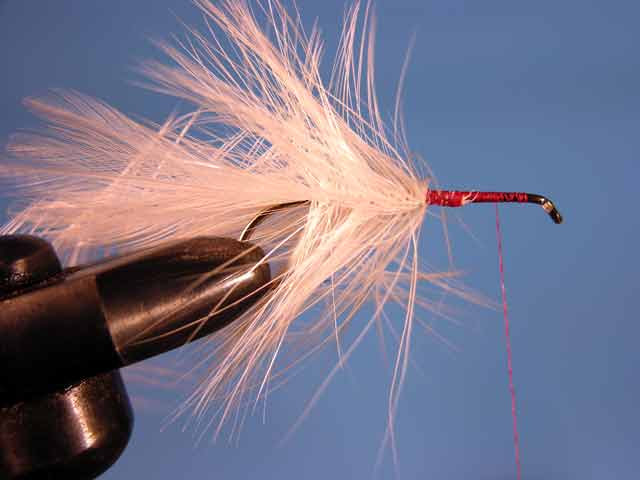 Wrap that feather forward as far as you can and tie it off. Then wrap the thread back to angle the feather fibers backwards a bit. 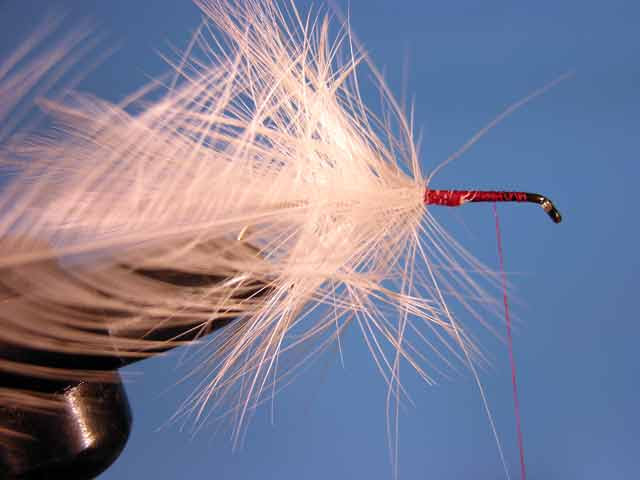 Tie in another feather by the tip and repeat the above process until you get to the front of the body. 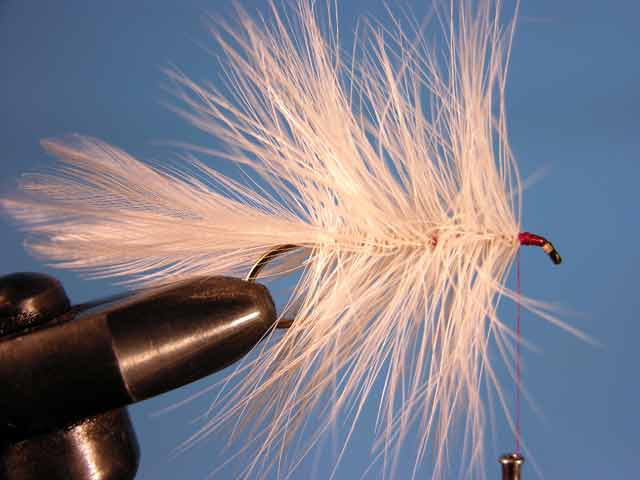 When you have gone through those steps until there is room for just a few more wraps of feather, tie off the white body feathers. I used some long feathers and only had to use three to get to this point. 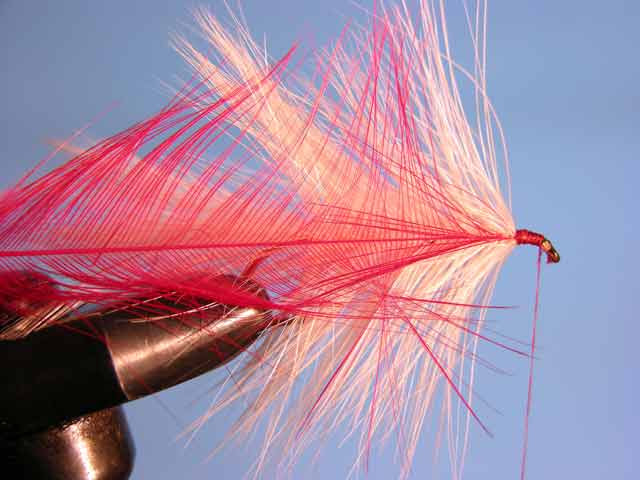 Next tie in a red hen feather by the tip and prepare to wrap it forward for two or three turns. 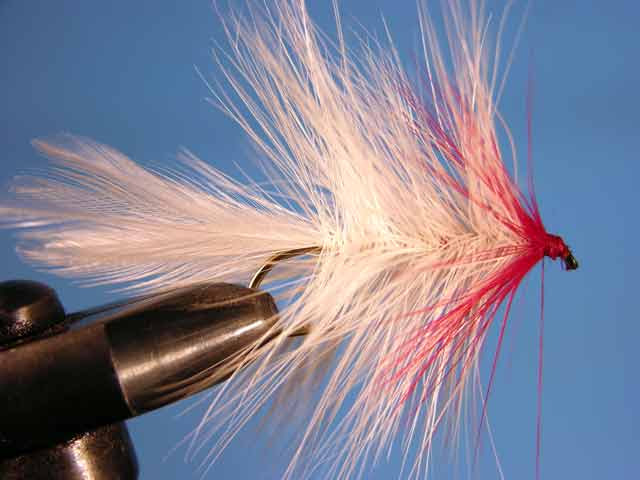 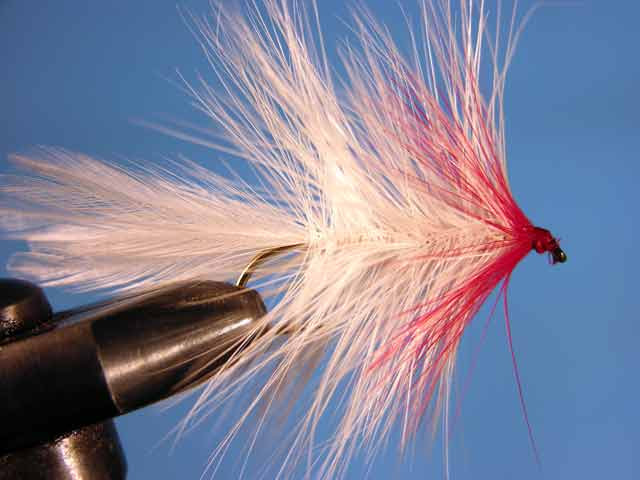 After getting a nice slope, wrap a nice head and whip finish or tie two or three half hitches. Add some head cement and it is done. 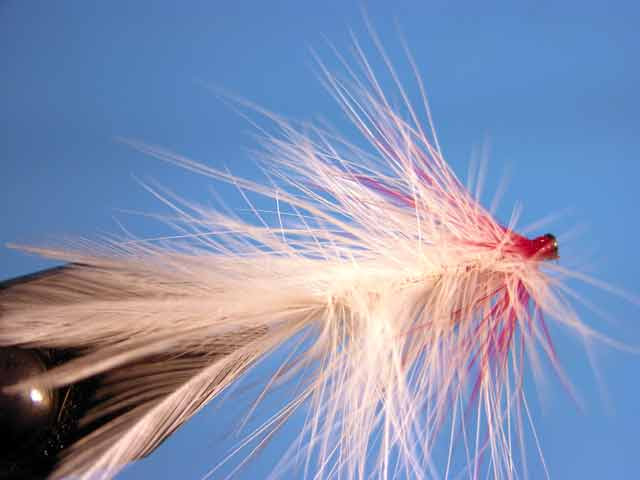 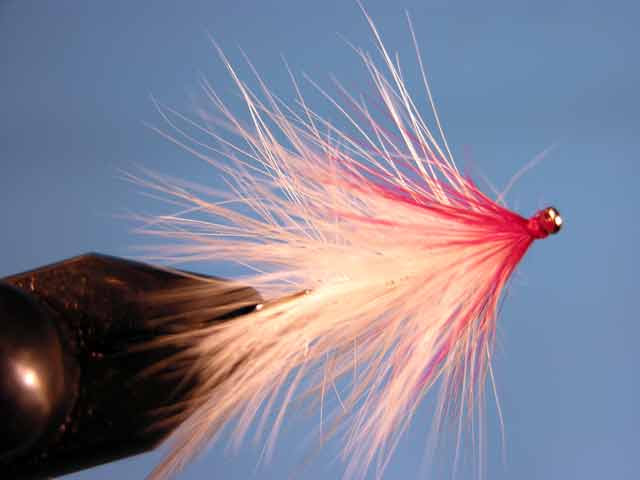 It is a little tough to see in this view with the fibers from the body, but the feathers tied in for the tail create an open V shape. When this is stripped through the water the feathers become more streamlined and when it stops they spread out creating a nice swimming motion and moving a lot of water. It catches the attention of other fish quite well. Tie one up and give it a try.

Nice site dude. I am trying to track you down. Something to do with Winston-Salem and knocking on doors. Please call 720-891-2084.

Love the Seaducer! Thanks for giving me a couple flies yesterday! It was great to get out and fish with ya!!!

That jig fly works miracles on the water, eh?!!!