This week's fly is one that I read about over on Fly Angler's Online a couple of years ago. The article about it can be found here: Stayner Ducktail. At that time I printed out the article and have occasionally looked at it and thought I should tie some up and see if the minnow eating fish in my local lakes would give them a try. Since I am trying new flies this year, especially through this blog, I decided it was time to get this one tied. I am hoping that as the ice comes off the crappie and bass and bigger gills will find them irresistable. 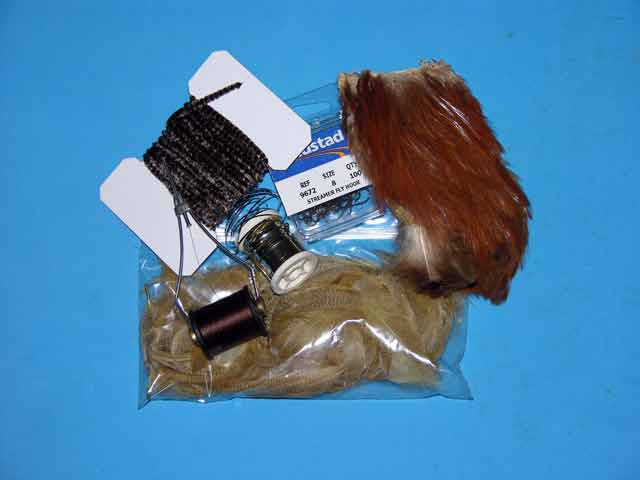 The first step is to gather the materials required for the Stayner Ducktail fly, which are pictured above and as follows: 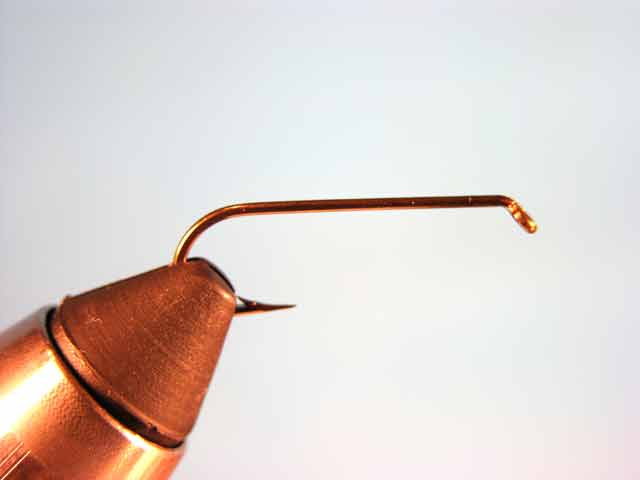 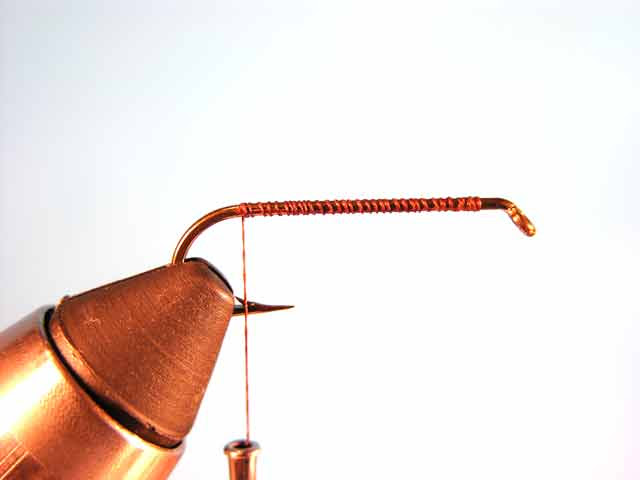 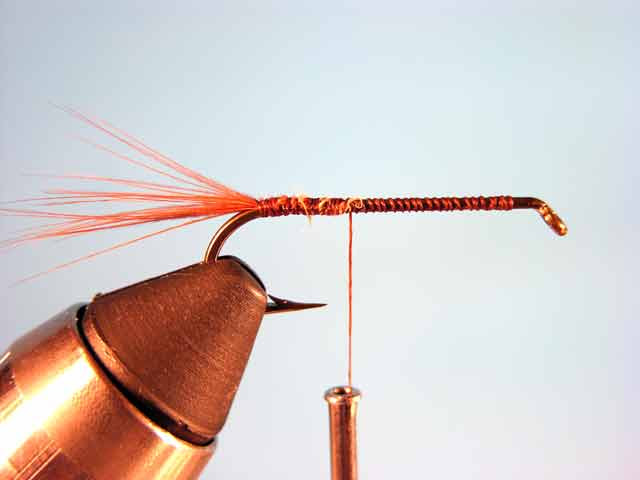 Pull a few fibers from a brown hackle feather and tie them in for a tail at the bend of the hook. 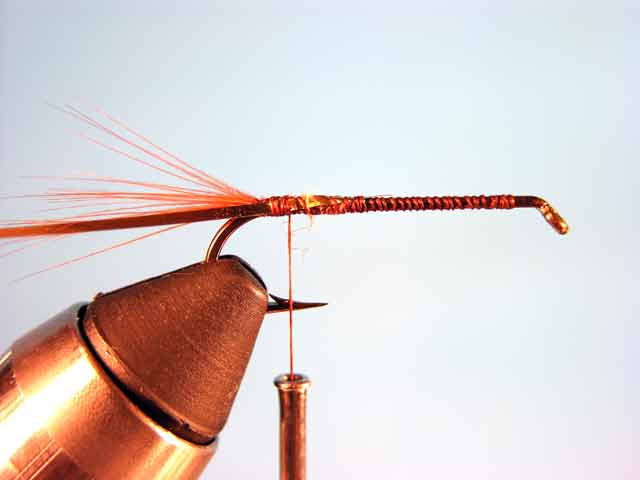 Then take a piece of mylar tinsel and tie it in at the bend. 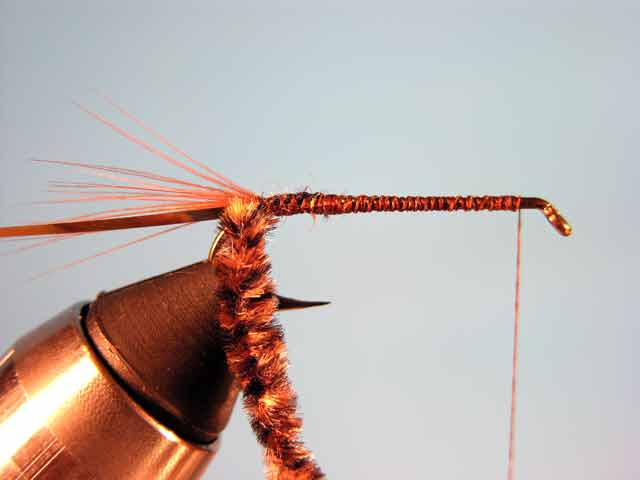 Then tie the chenille in at the bend also and bring the thread toward the front of the hook leaving room for the head. 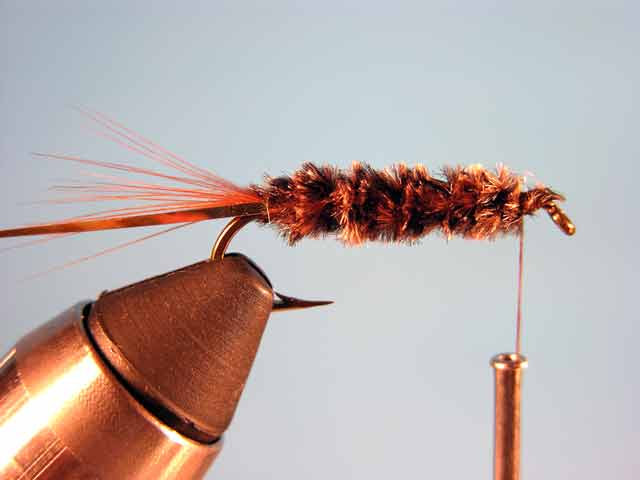 Wrap the chenille forward and tie it off leaving room for a head. 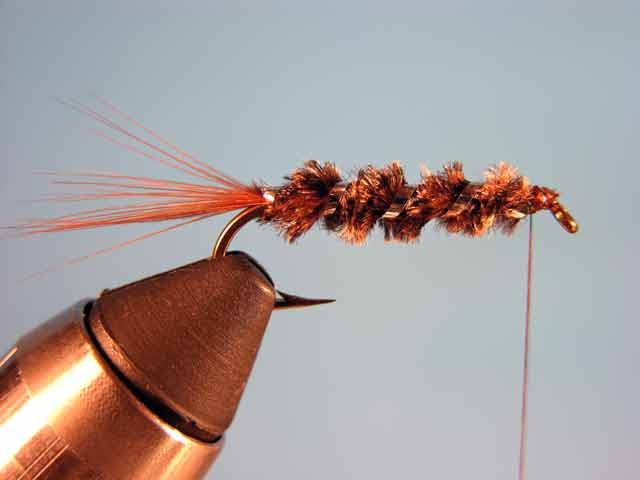 wrap the tinsel forward in open wraps to the front and tie it off also. 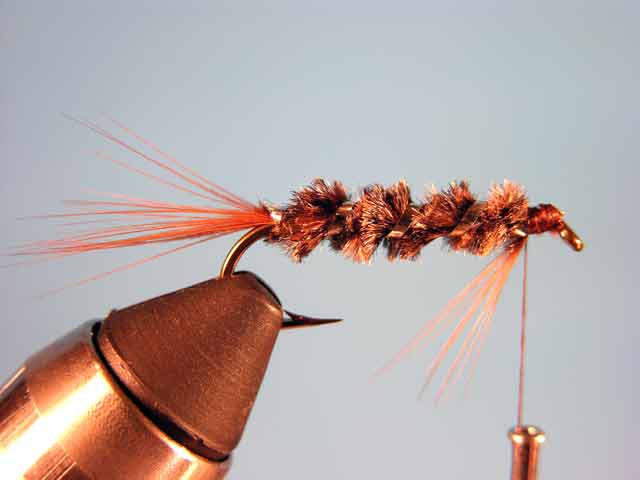 Strip another small bunch of fibers from a brown hackle feather and tie them in as a beard at the front of the body. 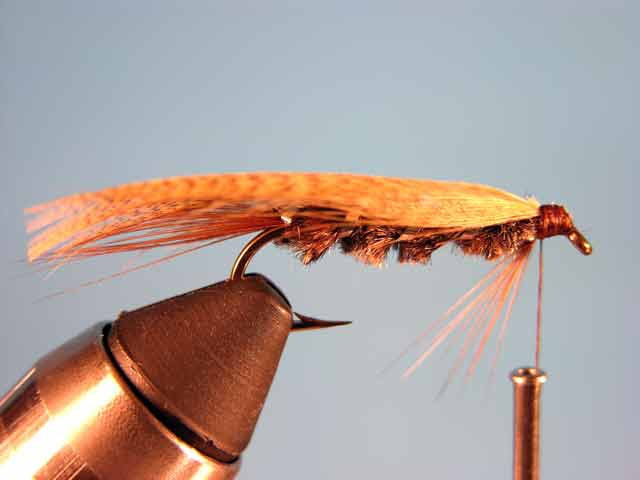 Strip the fluffy fibers from the bottom of a mallard flank feather and tie it in on top of the fly so that the tip of the feather just reaches the tip of the tail fibers that were tied in at the beginning. 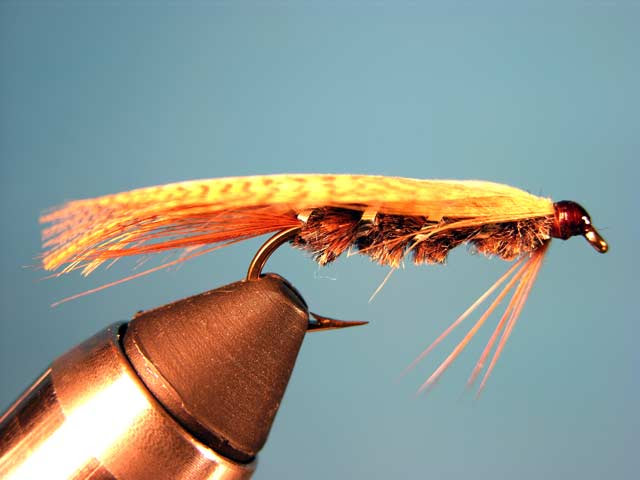 Add a whip finish or a couple of half hitches, cement the head and you are done. 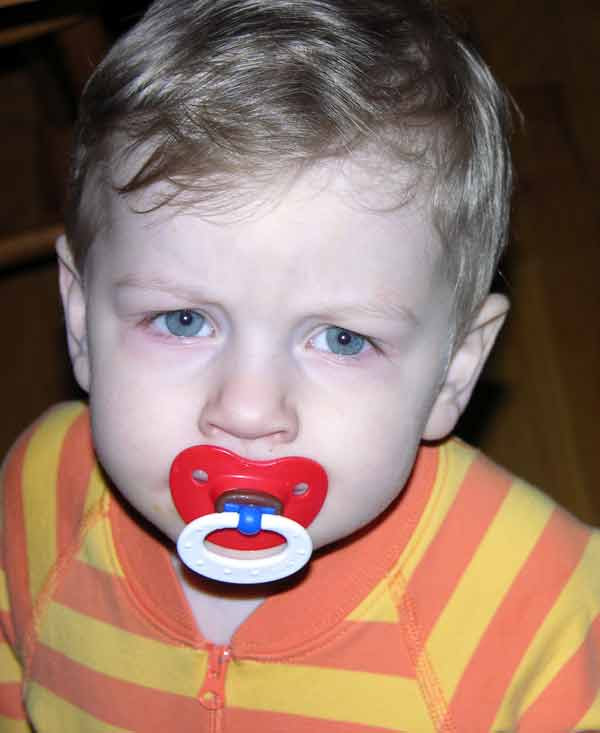 This week I had a little 'helper' who has not been feeling real well, but he did keep swiping the box of hooks and wandered off shaking them like a rattle. I thought they were gonna pop open and I would be digging through the carpet looking for somewhere close to 100 hooks.